The first use of compressed air did not come from compressors but the human lung. Healthy lungs can exert a pressure of .3 to 1.2 psi. Primitive people used the power of their lungs to propel darts from a blow gun. We use our lungs to blow off debris, stoke a fire, create sounds by voice and by musical instruments.

Around the third millennium B.C. , people began to melt metals such as gold, copper, tin and lead. Higher temperatures were needed requiring large volumes of air to stoke the furnaces: more than what the human lung could provide. Egyptian and Sumerian metallurgists used the wind directed through pipes for their work. Eventually t 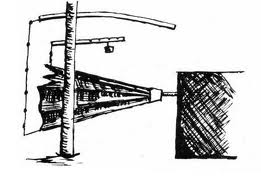 hese were replaced by hand-operated bellows and then around 1500 B.C. the more efficient foot bellows came into use.

Bellows driven by foot or by water wheel proved a reliable compressor for more than 2,000 years. But as blast furnaces developed, so did the need for increased air compression. In 1762, John Smeaton built a water wheel-driven blowing cylinder that began to replace the bellows. Inventor John Wilkinson introduced an efficient blasting machine in England in 1776 and age of pneumatic energy became universally embraced.

Thus far, air compression was used mostly for the mining and the fabrication of metals. Blowing machines supplied a combustion blast to metallurgic furnaces and ventilation to underground mines. The idea of using compressed air to transmit energy became popular about 1800 when the newly invented pneumatic rock drill was used to connect Italy and France with an 8-mile rail tunnel under Mt. Cenis. This was a super feat for its time and garnered international interest spawning a flurry of inventions from air operated motors to clocks to beer dispensers.

Many engineers theorized compressed air as the energy distribution system of the future. However, electricity advocates held strong to their belief that pneumatic plants would eventually be trumped by electricity. Neither side was truly right and the debate still festers today. Much emphasis is being placed on energy conservation and the use of compressed air. The argument holds true today as it did back then, compressed air is a viable sources of transferring energy and will not go away. It’s prudent use of compressed air, as with any energy source, that is paramount. 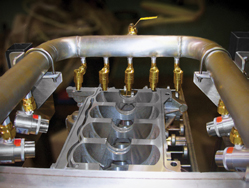 The use of drilled or open pipe is energy wasteful. For 30 years EXAIR has been helping conserve compressed air with their engineered nozzles. These are designed to provide greater volumes of air than the volume of compressed air used which is a green alternative to drying, cooling, and blow off applications.

If you are interested in conserving your compressed air, one of our application engineers would be happy to assist you. Feel welcomed to give them a call at 1-800-903-9247 or click the chat icon in the upper left hand corner of this page. 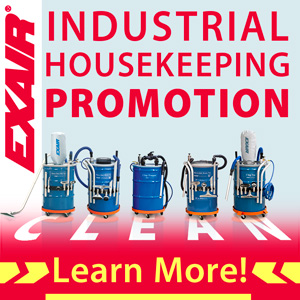