“I’m NOT a stalker, I swear!” proclaimed my daughter.

I’ve written about my daughter on this blog before.  She’s a musically inclined teenager that’s rapidly nearing the age of fourteen and two-thirds.  As many of us were at her age (and maybe still are), she is consumed with music.  Her favorite band in the universe is All Time Low.  By my own unofficial calculations, she’s spent 75%+ of her allowance over the past year or two on ATL merchandise.  I would say that she owns every T-shirt that they have ever produced, but she claims that is not true.  She says there are older ones she is still trying to find.  That seems impossible based on the inventory already in her possession.

She was SO excited last summer when she got to see them live at the local stop of the Bamboozle Roadshow.  She even got a shout out from the stage (Alex).  So just prior to Christmas when ATL announced a headlining tour date here in Cincinnati, my wife and I knew we had to get tickets for her.  She loved the gift, and she began counting the weeks, and then days until the show.  I know this because, for the last month or so of the countdown, she would announce each day how many days were left until the concert.  It was like a small child counting the days until Christmas.

That date was about a week and a half ago. The show was at a small theatre here in Cincinnati that isn’t necessarily in the nicest neighborhood of the city.  Of course, we knew that from the beginning.  And so, rather than having my wife take our daughter and a friend to the show without me, I was tasked to tag along for “personal security”.  This venue is pretty small, holding no more than a couple of thousand people.  It’s old. It’s dark.  It gets oppressively hot.  And it smells bad (even worse after this show).

On the day of the show, my daughter awoke excited and casually mentioned that her stomach was bothering her.  My wife and I just assumed it was from the excitement she had been building towards a crescendo for six months.  As the day wore on, everything seemed to be fine, and we went to the show.  Fans were lined up down the block waiting for admission.  We arrived early, because my daughter had won early admission (via her fan club membership, naturally).  When the appointed time came, the band’s tour manager came out to gather those granted early admission.  When her turn came, she excitedly said “Hi Matt!” as he checked her identification against the all-important list.  It matched, and we were allowed to enter the theatre a few minutes early.  I asked “How did you know his name was Matt?”  She replied that all the band and crew were on Twitter, so she had some insight into who they all were.  She knew the band, of course, but she also knew the tour manager.  And the “merch” guy (Vinny).  And the sound guy (Evan).  And the lighting guy (Jeff).  And many more.

Her evening didn’t go as planned.  As time wore on, her stomach discomfort grew into full-blown stomach flu on precisely the wrong day.  She ended up missing large parts of the concert that she had waited for six months to see.  She was bummed about that, but said that she still had a good time.  We knew that she hadn’t really, but she was making the best of the situation.

As we were driving home after the show, she said “one of these days I’m going to go to one of their hometown shows in Baltimore”.  It wasn’t the first time she had mentioned a hometown show.

The next day, I was thinking about the show and thought I’d check out the tour dates and see when the Baltimore show was scheduled.  I thought maybe we could make a trip there over the summer.  To my surprise, the tour was almost over and the final show was scheduled in Baltimore on the following Saturday night.  I had some Delta Skymiles saved up that I had never been able to use.  You know airlines make that so EASY these days.  No way I’d be able to use them for this, right?  I checked and to my amazement they were redeemable for a trip to Baltimore at the lowest possible cost in miles for a whopping out-of-pocket cost of $5 each.  Winning!  Long story short, I was able to work out the trip and I broke the news to her by phone.  I think she went into shock, but she quickly recovered and the countdown began anew.

This time out, her evening went fabulously and she proclaimed it the greatest night of her (young) life.  Tired but happy, we left early the next morning for the airport and the trip home to Cincinnati.  At the security line, she became excited.  She noticed someone ahead of us that she recognized.  It was Jeff, the lighting guy for the band.  At this  point, my wife and I both accused her of being a stalker.  As we exited the security line and walked down the hallway to our assigned gate, she spotted Jeff again.  I encouraged her to stop and say “hi”.  She didn’t have the nerve.  We had some time to kill, so we grabbed something to drink and found a comfortable spot to wait for our flight.  She eventually decided that she wanted to go back and see if Jeff was still there so she could meet him.  She knew that he would be, it turns out, because his Twitter feed stated that he was waiting alone at his gate, which turned out to be a short distance from our gate.  My wife took her back to the other gate, and Jeff was really very nice to her.  He spent a few minutes talking to her about the band and the show the night before.  It made a great trip even better for her.

The news is sometimes filled with celebrities that say stupid things on their Twitter accounts that alienate fans (see Mendenhall, Rashard).  This is an example of a band that used social media to develop a much stronger bond with at least one particular teenage fan.

My daughter sang every word to this song at both shows.  I know it’s one of her favorites.

This one is for you, Dev. 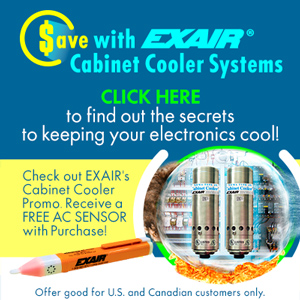